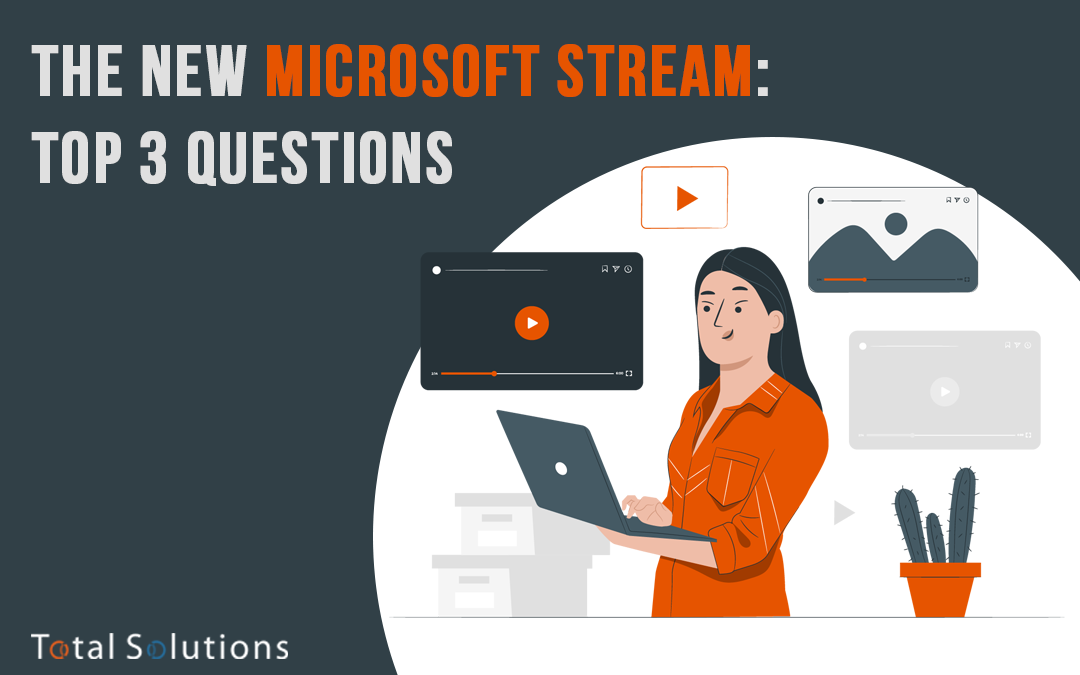 Microsoft launched Stream (Classic) in 2017 to replace Office 365 Video. Microsoft Stream offered a native video player, embedding capabilities, auto transcription, better streaming to mobile devices, and much more. However, there were still some drawbacks with Stream (Classic). Our team saw a lot of confusion about where Stream stores videos and how Stream managed access to videos. It was also challenging to share a video outside of the organization. Sharing outside your organization required users to download the video and upload it to OneDrive or SharePoint to share externally.

With the rise of remote work, more organizations used video to engage and communicate with employees. This explosive growth in video led the Microsoft Stream team to re-envision Stream. This re-envisioning has led to the debut of Stream (on SharePoint). Yes, the naming is confusing at first, but we will get used to it!

What is Microsoft Stream (on SharePoint)?

Stream (Classic), though an improvement on Office 365 Video, still felt pretty disconnected from the larger Office 365 ecosystem.  Stream (on SharePoint) treats videos like any other file, automatically storing them within the SharePoint files platform (SharePoint and OneDrive).

How Does Stream (on SharePoint) Work?

With Stream (on SharePoint), there is a new start page. The start page helps you quickly find your videos and videos shared with you.

For now, the video player itself looks the same. However, you will find that you can now share, see version history, comment, and see activity and file information. This is just like you would find with any other file stored in SharePoint or OneDrive.

You are also able to feature video on a SharePoint page using the File Viewer or Highlighted Content Web Part. This means you can show video content alongside other Office files in a single web part or page experience.

Additionally, Stream (on SharePoint) stores video files the same way Microsoft stores other Office files. This allows users to find these videos (and transcripts) through Microsoft Search. On top of that, admins can also act on videos with Microsoft 365 information governance features. These features include eDiscovery, retention and Data Loss Prevention polices. Power users can even act on Stream (on SharePoint) videos with Power Apps and Power Automate!

I have included a link to the full feature list for Stream (on SharePoint) . This should help you understand what is available now, what is coming soon, and what is not on the roadmap.

Where do meeting recordings end up now?

I have experienced a lot of confusion around the storage of meeting recordings, and who has access to them with Stream (Classic).  With the Stream (on SharePoint), the recording location and its permissions vary based on the type of meeting, and who clicked record.

The user who clicks record “owns” the recording, and Stream (on SharePoint) stores it in their OneDrive. Other meeting attendees will have Read access to the recording. External (in another tenant or guest user) call participants do not get access to any meeting recordings, and the recording owner will have to share the recording separately.

The Organizer of a scheduled meeting always keeps Edit and Share rights to a recording, no matter who clicked record. However, Stream (on SharePoint) stores the recording in the OneDrive of whomever clicked record.

Stream (on SharePoint) Rollout and Migrating from Stream (Classic)

Microsoft is building the Stream migration tool on Mover, which is tied into the Microsoft Migration Manager.  This will allow admins to migrate video content on their own schedule, with the ability to choose destinations if the default destination does not fit your needs.  The tool will migrate permissions, and any Stream (Classic) links will redirect to the new OneDrive or SharePoint location.

Microsoft will not migrate any video content, and whatever admins leave in Stream (Classic) after the retirement date will be removed.  This retirement date is 12-18 months away, but it is never too early to help users adopt Stream (on SharePoint). If you’re looking to drive Stream (on SharePoint) adoption, or want to plan your Stream migration, then reach out to Total Solutions to see how we can help.

Looking to Launch a SharePoint Intranet?