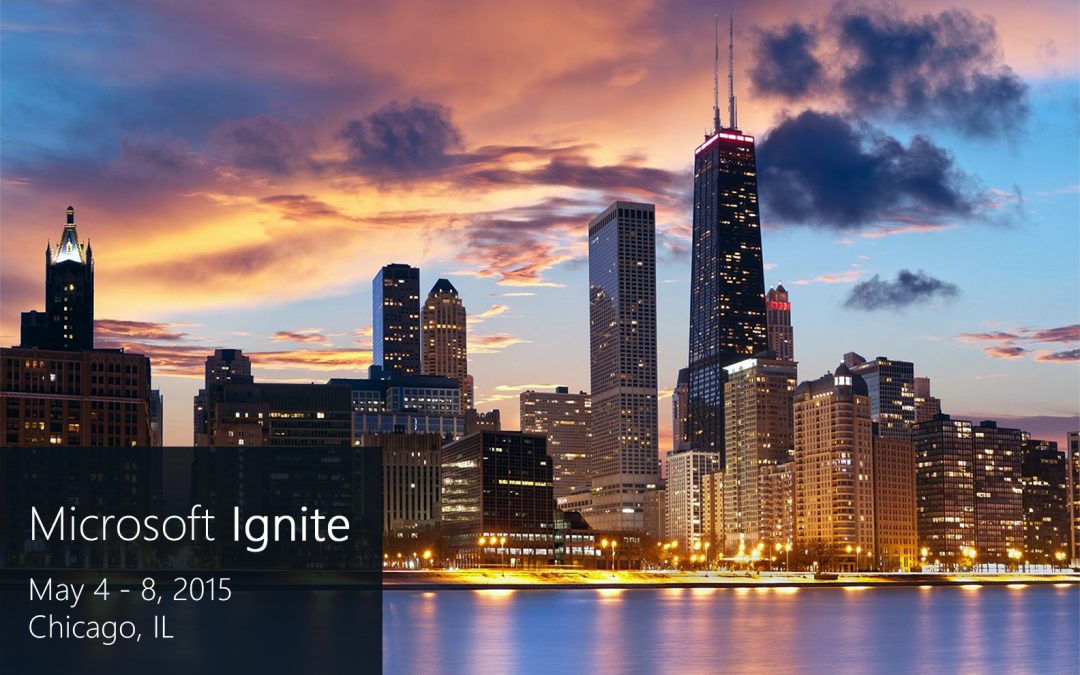 At the beginning of May, Microsoft held its first ever “Ignite” conference at the McCormick Place in Chicago, IL, effectively consolidating the Exchange, Lync, Microsoft Management Summit (MMS), Project, SharePoint, and Tech Ed conferences into one (very large) conference.
There was a fair bit of wailing and gnashing of teeth at the change, as each of these conferences held different promise for different attendees.  Microsoft definitely lit a fire under several people through this consolidation, and the blogosphere reacted accordingly.
I like to keep an open mind about these kinds of things.  In our world of SharePoint, I expected a bit less of Ignite than I did of either the SharePoint conference or the Tech Ed conference, both of which had offered significant depth in SharePoint content in the past.  Nothing makes it easier to exceed expectations that setting the bar low, right?

So what’s happening at Microsoft?

Microsoft is going through a long-overdue transformation.  It is moving from its long-held stance as a “Microsoft first” and sometimes “Microsoft only” company to a truly cross-platform software company, and it’s achieving this transformation in a leading-edge and thoroughly modern context.  This is evidenced most clearly by the recent releases of Office for iOS and for Android – two platforms from which Microsoft has long withheld its crown jewels.
By now you have likely heard of Microsoft’s new CEO, Satya Nadella, and you have probably also heard his mantra of “mobile-first, cloud-first”.  In his keynote, however, Satya expanded on that idea even further, positioning Microsoft as the company to offer “more personal computing”, to “reinvent productivity”, and to “build the intelligent cloud”, effectively “transforming industries.”  Generally, Microsoft is staying close to its main user base – corporations.
However, Satya put Microsoft’s goals succinctly as “delivering value” and “driving change”.  Microsoft has realized that to continue to be successful in those corporations, it must deliver value and drive change both inside and outside of the business.
To achieve these lofty goals, Microsoft must listen to its customer base.  Now Microsoft has not traditionally been a listening-to-customers type of company.  Windows Vista and Windows 8 are probably the two most prominent indicators of that fatal flaw in most people’s minds.
However, starting with the release of Windows 8.1 and continuing through the imminent release of Windows 10, along with the releases of several notable cross-platform applications such as Office and Skype, the adjustments to Office 365, and the Surface Pro 3 tablet, all indications are that Microsoft really is changing internally.  It seems to be listening to customers to decide how to effectively build their products and services.

What does that mean for SharePoint?

Microsoft has made a big play in the cloud with Office 365 and Azure.  Tech Ed 2014 revolved almost completely around the cloud.  Most of the sessions around SharePoint talked about Office 365, and the lines between what is SharePoint functionality and what is Office 365 functionality started to become blurry.
However, the cloud is not something most business are all-in with…at least, not yet.  And Microsoft is listening.  In fact, one of the most notable pieces of information to come out of Ignite 2015 was that Microsoft has heard from its customers, and its customers believe that they will be operating in some form of hybrid environment, with some on-premises software, and some services in the cloud, for the foreseeable future.  To put that more succinctly, hybrid is where all but a few select customers are going, and that’s where Microsoft will operate.
This means that there will be an on-premises version of SharePoint 2016.  (You probably heard that already).  It’s due in Q2 of 2016.  You might not have heard, however, that it was the first version of SharePoint to be built based on the cloud version operating in Office 365 (which was based on SharePoint 2013).  In other words, the model has flipped, and Microsoft is now building its on-premises software based on its cloud operations rather than the other way around.  This is a major change, as Microsoft also noted that SharePoint has been available in the cloud for over a decade, when it was made available through Microsoft Managed Services.  In other words, the opportunity to flip that model has been around for some time.
As well, the lines between the products that make up Office 365 continue to blur.  It’s important to note that Microsoft absorbed the SharePoint team into the Office 365 team, so they are no longer separated.
Because hybrid is the approach Microsoft is taking, this also means that because of the power and scaling of the “intelligent” cloud, some pieces of Office 365 will only be available through the cloud.  Anything based on Office Graph (such as Delve), will remain only in the cloud.  NextGen Portals, also based on Office Graph, will live only in the cloud.  For now at least, Office 365 Groups and Sway only exist in the cloud.
And finally, the Office 365 team is focusing on SharePoint features where those features are strong and leaders in their class; for example, ECM capabilities.  The team has also made the conscious decision to drop features where SharePoint doesn’t do the best job, such as public websites.
There are a lot more specific features and functionality that will become available in SharePoint 2016 (on-premises) and in Office 365 over time, and we’ll take a closer look at them in a future blog post.  I hope this information has helped to lay the foundation for why SharePoint is heading in certain directions, and given some context for Microsoft’s decisions as a whole.

So how did Ignite stack up?

I like to break this down into three areas:

From a content perspective, even with 23,000+ people in attendance, Microsoft, its MVPs, and its partners all did a great  job with in-depth content.  As a matter of fact, I’m still watching sessions I missed, because there was significantly more content than time.  I was never at a loss for a session to attend; instead, I had multiple competing sessions to choose from.  Kudos to Microsoft for that effort.
In the logistics arena, it’s difficult to handle that number of people from any standpoint; moving them between sessions, providing decent food, and offering great facilities.  From an A/V perspective, and from a support staff perspective, Ignite served its attendees very well.  The expo floor was well-laid out and easy to find specific vendors.
In two logistics areas, however, the conference was definitely sub-par compared to past Microsoft conferences; location, and food.  The conference center was far from hotels, and most rode shuttle buses or public transit to McCormick Place.  This was only an issue as shuttle buses did not run all day, and there was not a lot of local food available.  If the conference center could handle feeding that many people breakfast and lunch, that would have been less of a problem, but it was quickly evident that they could not.  Food at this conference was abysmal at best.  Although it is unlikely that anyone went away hungry, it’s equally unlikely that anyone truly enjoyed the food at the conference.  A shame in a city that is known for such good food.
For a clearer picture of all of this, take a look at Microsoft MVP Don Jones’ blog posts on Ignite:
Ignite Day 1: From the Trenches
How Microsoft Can Fix Ignite
The atmosphere at Ignite was somewhat of a mixed bag, in some part due to the food and location, in another part due to the upheaval in the industry.  However, Microsoft did not offer “Birds of a Feather” or similar roundtable-type sessions as it had in the past, which I think may have gone a long way to helping to build a more “community” focused atmosphere.
Even with the trepidation about what may be lurking around the corner, there was a lot of excitement at Ignite, and justifiably so.  From someone who has been in IT since 1998, I can honestly say that there is a level of simplicity and optimism in what software, and particularly, Microsoft, can do that has not existed for a long time.  The world is an open book, and Microsoft seems to have pen in hand, helping to write the story of the future.  That was probably most evident in Harry Shum’s keynote on Microsoft Research, but that theme was woven in the fabric of the conference, and it’s good to see people excited about the future…again.

BJ works as a senior consultant and manager at Total Solutions, and brings over 15 years of professional IT administrative experience to the team. BJ started his professional life as a mechanical engineer, and quickly realized the error of his ways! His specialties include SharePoint, SQL, Windows Server, and Active Directory. BJ truly enjoys working with people, and his spare time he enjoys spending time with his family.